As Cobb writes, the report was “crucially fated to be taken as a forecast rather than a review” of the past. In the present time of civil disorders a look back at the world of the 1960s casts revealing insights into our current crisis. More than a half century after the Kerner Commission Report this look back is a look at our troubling present.

Ray Smock, former Historian of the House of Representatives and currently Interim Director of the Byrd Center, will introduce Professor Cobb.  Following the presentation Jelani Cobb will answer questions from the auditorium audience as well as from Zoom viewers via chat.

This is your chance to hear a dynamic speaker discuss an urgent topic. While space will be limited to 100 seats at the Byrd Center auditorium, Zoom participation is virtually unlimited. This is a premier event and one of the few Jelani Cobb will be doing in regard to this publication.  ​
Click here to RSVP for this program
He is the author of The Substance of Hope: Barack Obama and the Paradox of Progress as well as To the Break of Dawn: A Freestyle on the Hip Hop Aesthetic. His articles and essays have appeared in the Washington Post, The New Republic, Essence, Vibe, The Progressive, and TheRoot.com. His collection The Devil and Dave Chappelle and Other Essays was published in 2007. He has also contributed to a number of anthologies including In Defense of Mumia, Testimony, Mending the World and Beats, Rhymes and Life.
​
He is editor of The Essential Harold Cruse: A Reader. Born and raised in Queens, New York. He is a graduate of Howard University and Rutgers University where he received his doctorate in American History.
This event is sponsored by the Robert C. Byrd Center for Congressional History and Education in partnership with Shepherdstown's Four Seasons Bookstore. 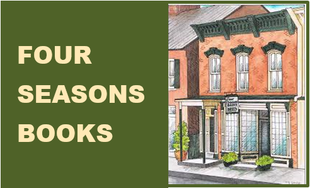